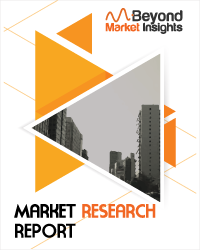 The global biodiesel market size was worth USD 31.8 billion in 2021 and is estimated to grow to USD 60.7 billion by 2028, with a CAGR of approximately 9.70 percent over the forecast period.

The diesel fuel known as “biodiesel” is made of long-chain alkyl (ethyl, methyl, or propyl) esters and is derived from vegetable or animal fat. Usually, lipids like vegetable oil, soybean oil, or animal fat are chemically reacted with an alcohol to create the product, which results in fatty acid esters. The increasing demand for energy independence and growing environmental concerns worldwide are driving the global market for biodiesel. The product is a perfect fuel because it is biodegradable and makes it possible to create renewable liquid fuel for transportation. Other advantages include its domesticity, which lessens reliance on petroleum imports and promotes market expansion. Additionally, governments are supporting and promoting the use of the product by enacting laws and tax breaks related to its use, which will boost the market growth for biodiesel over the projection period. The biodiesel market is undergoing a revolution due to its rapid expansion and development, creating new prospects for the industry internationally in future years. During the predicted period, there will likely be an increase in demand for biodiesel due to fluctuating petrochemical stocks in oil rigs worldwide.

The COVID-19 pandemic considerably affected the demand for biodiesel and the world economy at different times. As a result, automobiles, and agriculture, two key biodiesel end consumers, declined in 2020. However, the market is anticipated to expand significantly because of rising demand from end-use industries in the future. Throughout the forecast period, the market expansion is predicted to be fueled by elements such as government subsidies for the use of biodiesel and rising consumer demand for fuels that are environmentally friendly and lower greenhouse gas emissions.

The expansion of the global biodiesel market is mostly due to the rising use of biodiesel as a substitute for fossil fuels in the automotive and power generation sectors and the growing public awareness of environmental issues, including greenhouse gas emissions. Fuels for transportation are used to run machines like buses, trains, autos, and trucks. They have a high energy density and are non-toxic and biodegradable. They may also be moved from one location to another with ease. The National Biodiesel Board estimates that 3 billion gallons of biodiesel were used in the United States in 2019. As a result, more than 25 million metric tonnes of carbon emissions were reduced. The biodiesel market is expanding mostly due to the increased use of biodiesel as a substitute for fossil fuels in transportation.

Biodiesel costs more to operate than the cost of crude oil. The demand for biodiesel on the international market is impacted by its high operational costs. The usage of biodiesel in developing nations, where the vast bulk of the population relies on petrochemical products as the primary fuel source, may become more challenging as crude oil prices fall. Additionally, biodiesel costs using various raw materials, such as soybean oil and vegetable oils, which sell for about $1 per barrel. The typical price of crude oil in 2020 was $39.68 per barrel. On April 21, 2020, this price dropped to less than $11.24 a barrel. Reducing crude oil prices will make biodiesel adoption more difficult during the projection period.

The global biodiesel market has been segmented into the production process, feedstock type, and application.

Based on feedstock type, the market is classified into vegetable oil, animal oil, and used cooking oil. In 2021, vegetable oil dominated the global market. This category holds a sizable market share due to several factors, including increased usage of vegetable oil as a renewable resource for biodiesel production, lower greenhouse gas emissions, high oil yield, and a lower percentage of saturated fat, which lowers production costs. Most biodiesel products are made from vegetable oils, although the origin of those oils varies greatly depending on the region. On the other hand, the used cooking oil category is anticipated to grow quickly over the forecast period. Waste management, economic development, and environmental preservation are facilitated by using spent cooking oil to make biodiesel. Waste cooking oil is also simple to process and affordable to buy. In several instances, many restaurants, homes, and hotels pay biofuels production companies to collect their used cooking oil.

Based on application, the market is classified into fuel, power generation, and agriculture. In 2021, the fuel category dominated the global market because the marine, automotive, railroad, and agricultural industries used more biodiesel fuel. Because of its greater lubricity (50:1) compared to traditional petroleum diesel, biodiesel is increasingly used as fuel. On the other hand, the power generation category is expected to grow quickly. This industry is expanding since more generators use biodiesel to reduce harmful carbon monoxide and particulates. Additionally, it is anticipated that companies in the biodiesel market will have considerable development potential due to governments’ increased efforts to adopt sustainable energy sources.

In 2021, European dominated the biodiesel market. The significant market share in this region can be ascribed to the government’s expanding support and the public’s growing desire for renewable energy sources. In addition, the demand for biodiesel from end users, including the automotive, power generating, marine, railway, and agricultural industries, is also anticipated to fuel European market expansion. Moreover, Europe’s most popular feedstocks used to make biodiesel include rapeseed oil, UCO, palm oil, soybean oil, animal fats, and sunflower oil. Germany, which produces the most feedstock among the European nations, is the main force behind the product demand in the region.

In the primary research procedure, various sources from both the Sales and consumption sides were interviewed to acquire qualitative and quantitative information for this report. The primary sources from the Sales side include key product manufacturers (and their competitors), industry experts, industry association, research institutions, distributors, dealers, and traders, as well as the raw materials suppliers and producers, etc. The primary sources from the consumption side include industry experts such as business leaders, marketing and sales directors, technology and innovation directors, supply chain executive, end users (product buyers), and associated key executives from various key companies and organizations functioning in the global market. Primary research was led to identify segmentation types, product price range, product applications, key players, raw materials supply and downstream consumption, industry status and outlook, and key market dynamics such as risks, influence factors, opportunities, market barriers, industry trends, and key player strategies.

All percentage shares split, and breakdowns have been determined using secondary sources and validated through primary sources. All possible parameters that affect the markets covered in this research study have been accounted for, examined in extensive detail, verified through primary research, and analyzed to get the final quantitative and qualitative data.

Which key factors will influence biodiesel market growth over 2022-2028?
The increasing demand for energy independence and growing environmental concerns around the world are driving the global market for biodiesel.
What will be the value of the biodiesel market during 2022-2028?
According to the report, the global biodiesel market size was worth USD 31.8 billion in 2021 and is estimated to grow to USD 60.7 billion by 2028, with a compound annual growth rate (CAGR) of approximately 9.70 percent over the forecast period.
Which region will contribute notably toward the biodiesel market value?
In 2021, the Europeans dominated the market for biodiesel due to the government’s expanding support and the public’s growing desire for renewable energy sources.
Which are the major players leveraging the biodiesel market growth?
Some of the main competitors dominating the global biodiesel market include – Archer Daniels Midland, Marathon Petroleum Corporation, VERBIO, Renewable Energy Group, Inc., NOVAOL, Italy, ARGENT ENERGY, MOL Group, Neste, Shell Plc, HERO BX, AG Processing Inc and Cargill Inc.
Buy Now
Request Discount
Request Customization

Get in Touch with Us